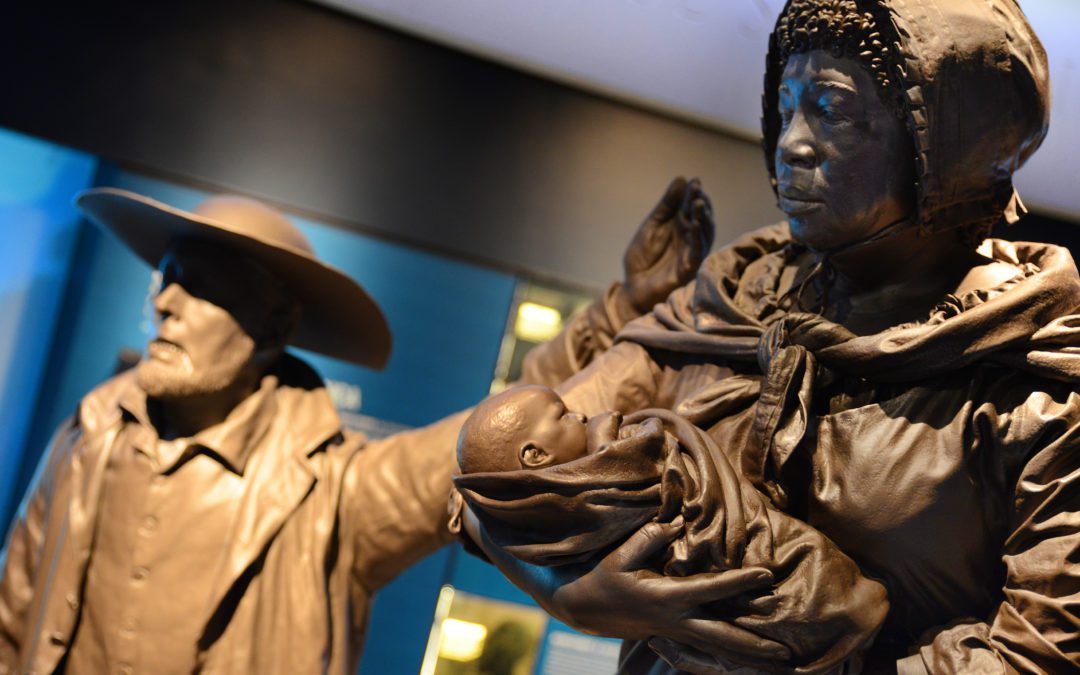 In the USA, February is designated as Black History Month. People are encouraged to engage with Black histories, pay tribute to those who suffered and celebrate the triumphs and achievements of Black leaders and movements whilst giving visibility to the people and organisations creating change. With the U.K observing Black History Month later in the year (October), we hope these updates will inspire interest in the US Civil Rights Trail and some of the significant markers in the States we work with.

2022 sees the addition of two new sites and one expansion along the U.S. Civil Rights Trail in Tennessee, including the National Museum of African American Music in Nashville and Stax Museum of American Soul Music in Memphis. The new additions join other landmarks for a total of 14 Tennessee stops on the trail.

The National Museum of African American Music, which just celebrated its one-year anniversary, is dedicated to preserving and celebrating the many music genres created, influenced, and inspired by African Americans. The “One Nation Under a Groove” gallery is focused on how music inspired the Civil Rights Movement and evolved with the issues of the day. Educational programs, programming and events spotlight the achievements and influences of African American music.

In Memphis, the Stax Museum of American Soul Music, located on the original site of Stax Records studio since 2003, pays special tribute to the artists who recorded there, as well as other American soul legends. Many of the artists and musicians who recorded at Stax were from the surrounding neighbourhood, local churches and schools. In a time when racial tension was high, the studio was integrated from day one, focusing on producing its own sound, a Memphis sound. Stax have also launched its second annual Virtual Black History Month Tour, which is available at no cost to educators and students throughout the world.

Another Memphis site along the U.S. Civil Rights Trail is Clayborn Temple, is now expanded to include “I AM A MAN” Plaza, which features a sculpture alongside a wall filled with the names of those who participated and rallied in the historic 1968 Memphis sanitization strikes.

Other important stops along the Civil Rights trail in Tennessee include the National Civil Rights Museum in Memphis. The Museum has memorialized the balcony of the Lorraine Motel, where Dr. King lost his life, and also preserved Room 306 where Dr. King stayed the night before his assassination. History dating from 1619 to 2000 is shared through videos, text, images, and multimedia elements. Also in Memphis is WDIA Radio, the first radio station in the country programmed entirely for the African American community. The station aired on June 7, 1947, featuring African American radio personalities and brought awareness to a relatively new market of listeners. The station’s influence and popularity reached 10% of the Black population in the U.S. Music legends such as B.B. King and Rufus Thomas got their start by working at WDIA.

Nashville is home to Woolworth on 5th, a registered historic site as part of downtown Nashville’s Fifth Avenue Historic District. One of the original “five and dime” stores, F. W. Woolworth became the site of some of the first lunch counter sit-ins during the 1960s. Though currently undergoing renovations to convert the space into an 850-capacity theatre, Woolworth is expecting to reopen its doors in May 2022 and will continue to honour the building’s history by preserving the storefront and featuring displays with various original pieces.

The F.W. Woolworth store in Greensboro put North Carolina on the civil rights movement map. Six decades later, the N.C. Civil Rights Trail is guiding students of history to points of interest beyond the place where the sit-in movement took hold.

With newly designated sites, this initiative of the N.C. African American Heritage Commission features 14 stops with as many as 50 to be included when the trail is complete. Some stops commemorate protests sparked by the Woolworth sit-in, a story preserved at the International Civil Rights Center & Museum. Other sites salute landmark court cases. And two should inspire a celebratory round of golf.

For travellers in pursuit of knowledge during Black History Month and beyond, Shelby, High Point and Raleigh are among the destinations that connect past and present with attractions and experiences that make a getaway worthwhile. Here are starting points for exploring the trail, a complement to the U.S. Civil Rights Trail.

Known as the “Home Furnishings Capital of the World,” High Point boasts a vibrant culture, a flourishing culinary scene and intriguing pockets of history. Top picks for a civil rights-related tour in the hometown of John Coltrane and Fantasia Barrino:

North Carolina’s capital city has abundant history and places to explore it, starting with the N.C. Museum of History. Its “Story of North Carolina” anchor exhibit includes an exploration of the civil rights era. Other key points of interest for civil rights travel:

The Louisiana Civil Rights markers unveiled to date include:

Bogalusa to Baton Rouge March where Civil Rights activist A.Z. Young, with Robert “Bob” Hicks and Gayle Jenkins, led the march from Bogalusa to Baton Rouge. Young planned to present a list of grievances to Governor John McKeithen on the steps of the State Capitol. Referred to as the “105-mile gauntlet,” the marchers faced substantial opposition along the way. By the time the marchers arrived at the State Capitol, their number had grown from 25 to 600, with protection from National Guardsmen and police. In his speech on the state capitol steps, Young voiced complaints about employment and discrimination and called for the election of ten black people running for local offices in Bogalusa. The protesters’ efforts were ultimately successful, leading to better hiring and voting practices.

The Baton Rouge Bus Boycott was a historic effort by black residents seeking fair treatment by the local bus company. They comprised 80% of the city bus ridership but were forced to stand at the back of the bus even when there were seats in the “whites only” section of the bus. The old state capitol was a major site in the boycott, as riders gathered under oak trees to find free transportation to work. It also had broader impact on the civil rights movement. Dr. Martin Luther King Jr. was inspired by the free ride system pioneered in Baton Rouge and used it as a model for the 1955 Montgomery bus boycott.

Dooky Chase’s Restaurant in New Orleans gained notoriety as a place where people of all races could sit down and discuss strategies for the civil rights movement. Iconic civil rights leaders Oretha Castle Haley, A.P. Tureaud, Ernest “Dutch” Morial, Thurgood Marshall, Dr. Ralph Abernathy, and Dr. Martin Luther King Jr. all gathered in the upstairs dining room. Leah Chase, Chef and co-owner with her husband Dooky, famously said, “I like to think that we changed the course of America over a bowl of gumbo.”