A Little of Massachusetts will soon be on screens 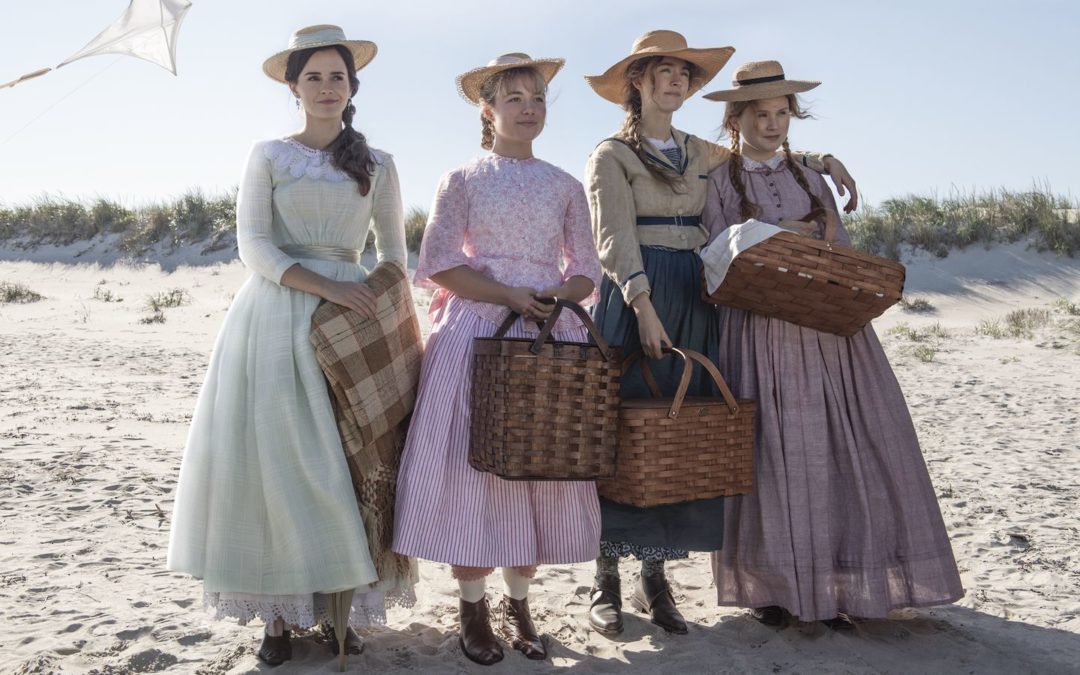 In just under a month, on 26th December 2019, SONY’s LITTLE WOMEN will be released in cinemas across the UK. This is a new adaption of the movie and is based on Louisa May Alcott’s famous novel, Little Women. The movie is filmed in Massachusetts, the story is set in Massachusetts and the author of the novel, Louisa May Alcott lived in the state. Little Women boasts an elite cast of Oscar and Golden Globe winning actors.

Emma Watson, Meryl Streep, Saoirse Ronan and Timothée Chalamet are just a few of the award-winning actors. Saoirse Ronan, Emma Watson, Florence Pugh and Eliza Scanlen will play the four March sisters Jo, Meg, Amy and Beth, and in that order. Laura Dern also joins this cast as the girl’s mother Marmee and Meryl Streep is Aunt Josephine (Aunt March), among others in the cast.

The story follows the lives of the four March sisters, Meg, Jo, Beth and Amy as they grow from childhood to adulthood after the Civil War in America. With their father away fighting, the girls face poverty and other social challenges.

The movie is filmed in a score of locations across Massachusetts, including Boston, Canton, Concord, Franklin, Groton, Harvard, Ipswich, Lancaster, Lawrence, Stoughton and Waltham.

Concord, in the Merrimack Valley, is where Louisa May Alcott wrote and set her famous novel at Orchard House in Concord. This was also her home from 1858-1877. Orchard House is open year-round for guided tours – visitors can get a taste of Louisa May Alcott’s family life and the setting of Little Women. Find out more at louisamayalcott.org.  Concord is 20 miles west of Boston. It’s a 30-minute drive from the city, it is also accessible through public transportation via the MBTA Commuter Rail.  The train takes 40-minutes and there is a weekend pass fare for just $10.00.  Concord is a quintessential New England town, famous for the Old North Bridge, Concord Museum as well as Orchard House museum merrimackvalley.org/see-and-do.

Concord has announced recently that December 15th – 22 will be Little Women Week, which will feature events celebrating the book and the film, including walking tours and craft events.   concordma.gov/2527/Little-Women-Week

Drive North of Boston along the Essex Coastal Scenic Byway to Ipswich and visit the Crane Estate and Crane Beach, which is featured in the new film. The 90-mile roadway links 14 coastal communities and the North of Boston region boasts 200 miles of coastline and 12 lighthouses. From scenic views, historic sights, restaurants featuring local foods, the region is full of beauty, history and a quintessential New England feel. northofboston.org.

Visitors to Massachusetts can also stroll through the grounds of some of the locations featured in the new film at properties of the Trustees of the Reservations including the Fruitlands Museum, Old Manse, Crane Beach, Castle Hill on the Crane Estate, and the Eleanor Cabot Bradley Estate.  The Trustees of the Reservations have put together programs and events that explore the novel, as well as some of the childhood experiences at Fruitlands that inspired Louisa May Alcott, who was ten when her family moved into the Fruitlands farmhouse. thetrustees.org/things-to-do/month/little-women.html

Visitors to Greater Boston can see plenty of film locations, including the Prescott House, the Gibson House Museum and the Fairmont Copley Plaza Hotel in Boston. Other key sites for exploration include Historic New England’s Lyman Estate and the stunning landscaped grounds of the Arnold Arboretum, a National Historic Landmark designed in collaboration with Frederick Law Olmsted in the late 1800s.

In addition, Boston by Foot and Sony Pictures present a Little Women Scavenger Hunt, which provides a sneak peek of the LITTLE WOMEN film sites mixed together with places that were important to Louisa May Alcott and her family. flipsnack.com/eohed/little-women-scavenger-hunt.html

For more information on this LITTLE WOMEN movie and to see the trailer visit: littlewomen.movie or youtu.be/AST2-4db4ic