USA Themed Attractions and Activities in the UK 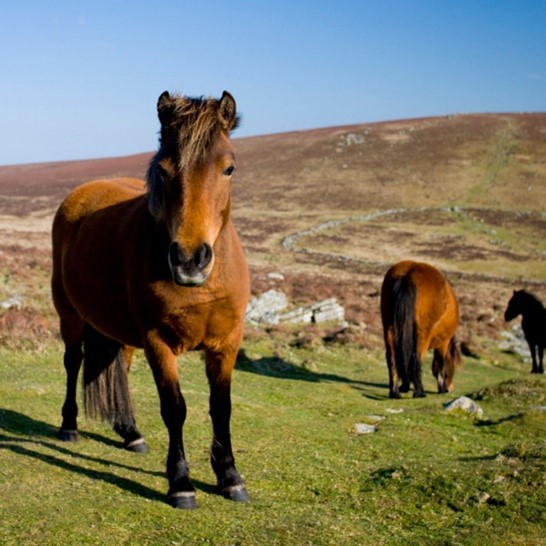 With increased signs of normal life returning across the UK in April, many of us will soon be enjoying more freedom and a drink in the local pub garden or a meal on a restaurant terrace. A perfect setting for catching up with family or old friends and even beginning to dream about travel and what summer plans may look like. With international travel still restricted, the idea of an American adventure this summer remains uncertain and some will be opting for a staycation for another year. However, that doesn’t mean we can’t get a taste of the USA now to spark ideas for future trips. Here are some unique American themed experiences and activities to enjoy without having to cross the Atlantic!

From iconic food to incredible music, there is so much Louisiana flavour to enjoy here and to inspire a trip to the Pelican State.

There are several popular restaurants such as the Big Easy and Plaquemine Lock that have been bringing us some of the best Louisiana style dishes outside of the State. Enjoy fried shrimp and oyster Po’ Boys or maybe some hot cajun cracklings. You might not be on Frenchman Street but your tastebuds will think you are! There are some fantastic bars across the UK tied to Louisiana and to the cocktail capital of the world, New Orleans. The Bayou Bar in Tooting serves Louisiana inspired cocktails from the New Orleans Hurricane to the classic Sazerac. Bunny Jackson’s in Manchester has all the makings of a vintage dive bar but on the Manchester Oxford Road – tuck into some hot wings while cheering on the New Orleans Saints!

Louisiana’s other world famous export has to be Jazz and fortunately there will be no shortage of ways to get a fix this summer here in the UK. The Rye International Jazz and Blues Festival is set to be going ahead from June through to September with a whole host of big names from Macy Gray to Ian Shaw. Not to mention the hugely popular Love Supreme Jazz Festival at Glynde Place that will also be welcoming fans back for the first time in two years – it’s going to be a party!

Maverick Helicopters is known for its jaw-dropping tours and unique experiences around Las Vegas, the Grand Canyon and Hawaii. While it’s hard to match the stunning visuals and exhilarating journey you will get in the U.S, there are ways to keep the excitement going before the chance for a Maverick adventure!

Did you know there are places all around the UK where you can spend the night in a converted helicopter? These unusual accommodations are definitely on the quirky side and are perfect for any family who are eager to take to the skies. With locations in Lancashire, Stirling and Skegness you won’t be too far from a daredevil getaway!

Unsurprisingly, there are many connections between New England and “Old” England. After all, it was from here that the pilgrims first set sail for the New World, and what would eventually become today’s “Plymouth, Massachusetts”.

There are many more destinations linked to the story, across the UK, and lots of events planned this year to mark the 400th anniversary. Rotherhithe in London is well known as the original embarkation point of the Mayflower. The seaport town of Harwich is a must-see destination for history lovers. It is the place where the Mayflower ship is believed to have been built and where its captain, Christopher Jones lived and was twice wed.  Further afield, visit the popular Essex town of Billericay where you can find a blue plaque dedicated to Christopher Martin – an influential Pilgrim and one of the signatories on the Mayflower Compact.  The Mayflower and sister ship, the Speedwell met in Southampton, the planned final stop before the journey across the Atlantic together.

For those who love the open water and the wind on their back, but perhaps not quite to the level of voyaging across the Atlantic, then Newport, Rhode Island is the place to visit. Known as the “Sailing Capital of the World”, the city is the home of the National Sailing Hall of Fame and was host to over 50 straight editions of the America’s Cup race. Closer to home, sailors should set course for Weymouth, Dorset. The quaint seaside town was host to the sailing competitions during the 2012 London Olympics, and its unique geology and open views make Weymouth a beautiful place to set sail.

The Tar Heel state is famed for its diverse landscapes and fascinating history – much of which has strong ties to the UK. Famed pirate Blackbeard, also known as the English sailor Edward Teach, roamed all over the oceans of Eastern America along with other well-known privateers. He settled in Bath, North Carolina’s first established town before he made his final stand near the shores of Ocracoke Island in 1718. His legacy and impact can be seen not just in the Outer Banks with the North Carolina Maritime Museum  and Blackbeard Trail but also here in the UK. The Hastings Pirate Weekend Galivant is an annual celebration in Sussex for all things pirate – with a live Blackbeard performance! Taking place between 16th-18th July, the event also holds the Guinness world record for most pirates gathered at one time and has appropriately been dubbed the ‘pirate capital of the world’.

The coastline of North Carolina isn’t just famed for its notorious criminals, it is also the home of the stunning wild Spanish mustangs. These majestic creatures can be seen in a protected area around Corolla beach and the Shackleton Banks and are some of the few wild horse colonies in America.  While there are no truly wild horses here in the UK, both Dartmoor National Park and the Carneddau Mountains in Snowdonia can emulate the feeling of seeing those Mustangs across the pond with their free roaming ponies.

Golfers and golf fans will know that St. Andrews in Scotland and Pinehurst are often mentioned in the same breath.  Each is considered to be the home of the game in the Old World and the New, respectively, and both have almost become living museums to the sport.  Both have organically grown into iconic destinations for golf lovers based around some of the finest courses.

Country music has seen a renaissance in the music scene of the UK in recent years. The Nashville-born genre has been slowly seeping into the mainstream of British radio, with the likes of Luke Combs, Kacey Musgraves, Sam Hunt and Kelsea Ballerini featuring regularly on commercial stations in recent months. For those looking to get their country fix, Country to Country Music Festival is the ultimate destination. Held over three nights in three cities across the UK (London, Glasgow, and Dublin), it is the biggest celebration of Nashville’s finest anywhere in the UK. After being postponed in 2020 and 2021 due to the pandemic, the 2022 event, scheduled for March 11-13, promises to be the biggest event yet. For those that need that live country music fix sooner, The British Country Music Festival will take place in Blackpool from September 3-5 2021. Celebrating the best homegrown country artists, the three-day festival will be headlined by Nathan Carter.

For country music aficionados, the Grand Ole Opry is seen as the pinnacle of the industry. Performing on the famous “circle” and being inducted into the membership is still seen as one of country music’s crowning achievements. While the history and sentiment maybe untouchable, Glasgow has its own “Grand Ole Opry” that has its own legacy of being the largest country and western club in the entire UK. Opened in 1974, artists such as Franz Ferdinand and Lloyd Cole have graced the stage at the venue, as well as it being host to the Americana Festival of Music. The venue even made an appearance in the 2018 film Wild Rose, where Rose-Lynn Harlan, the main protagonist, is a member of the house band before pursuing her dream of performing in Nashville for real.

Away from country music, Tennessee’s most popular export could be Tennessee Whiskey. Connoisseurs of the liquor should head to the Whisky Exchange’s Whisky Show, taking place in October 2021. While perusing the available drops at the venue at Old Billingsgate, London, swing by the Jack Daniel’s collection. Famously made in Lynchburg and the world’s bestselling American whiskey, there will be plenty of Old No. 7 on offer, including a special “Sinatra Select”, which pays homage to Frank Sinatra’s love of Jack Daniel’s, and is made using “Sinatra barrels”. Guests will also be able to learn more about how Jack Daniel’s is made, the history of Lynchburg and its ties to prohibition (it is still a dry county to this day), and why Jack Daniel’s has legions of fans around the world.

Those longing to return to the theatre will be pleased to know that “9 to 5: The Musical” is planning on returning to the stage once more this summer. This hilarious new West End production is about teaming up, standing up and taking care of business, and is taking to the road and embarking on a tour throughout the UK from June to November 2021. The smash-hit musical features a book by the iconic movie’s original screenwriter Patricia Resnick and an Oscar, Grammy and Tony award-nominated score by the Queen of Country herself, Dolly Parton. With dates yet to be added, check out the list of venues already announced here.