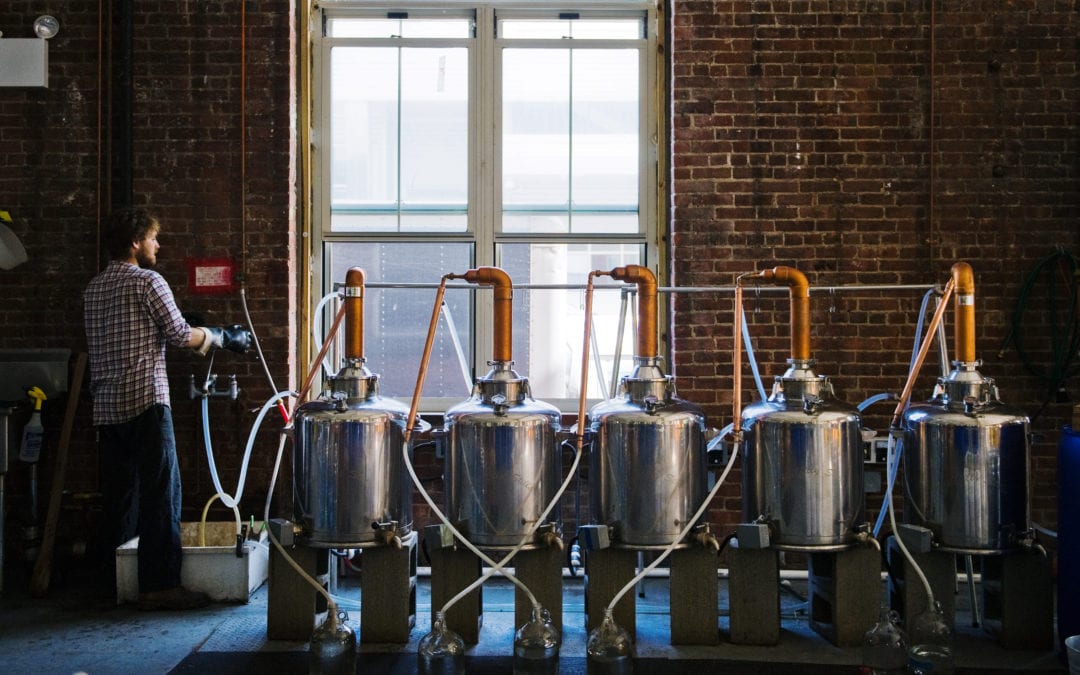 Synonymous with Prohibition America, NASCAR and the Appalachian Trail, moonshine will be celebrated once again on June 5th for National Moonshine Day. With 2020 marking the 100-year anniversary of the enforcement of Prohibition across the USA, moonshine has taken even more prominence in US culture, with new, trendy and legal distilleries paying homage to the memories of bootleggers and moonshiners from yesteryear, while producing high-quality and creative liquor.

The States of North Carolina, Tennessee and West Virginia have strong foundations from the days of moonshine running, with each state having a unique tale and take on the legendary spirit. For a 21st century taste of the roaring twenties in Prohibition America, look no further than the moonshine on offer among the plentiful distilleries across those states. Here are some of the most notable from the region, which is easy to explore on a road trip; plan now for a moonshine tasting trip in 2021.

The birthplace of NASCAR owes a debt to the bootleggers of moonshine during the years of Prohibition. When running their illegal liquor, the bootleggers needed cars that could outrun any keen police officer. With supercars not commonly available, it was up to those bootleggers to fine tune and engineer their machines to become as quick and nimble as possible. Once Prohibition was repealed, these supercharged cars became objects of competition between bootleggers, leading to the birth of America’s most famous motorsport. The whole family can immerse themselves further in the history of NASCAR at the Hall of Fame in Charlotte.

North Carolina is now home to some world-class distilleries. Piedmont Distillers, in Madison, was founded in 2005 as North Carolina’s first legal distillery. Their signature tipple, Midnight Moon, was inspired by Junior Johnson’s family recipe. Johnson, a famous NASCAR driver in the 1950’s and 60’s, is often seen as the poster-boy of the bootlegger-turned-racer scene, and the moonshine was endorsed by him before production.

Asheville also has strong moonshine roots, thanks in part to the cult classic Robert Mitchum film, Thunder Road. Now, Asheville is home to the Asheville Distilling Company, which is the only distiller that produces moonshine using a combination of Crooked Creek Corn and pure Appalachian spring water.

The Great Smoky Mountains made an ideal location for moonshiners to produce their liquor. Due to the vast array of hills and greenery, not only was it hard to access for law enforcement, but it meant their illegal stills could easily be concealed. On their runs, bootleggers used to drive through the Smokies to distribute their goods, with East Tennessee being the most natural unloading point. It is no surprise to see that East Tennessee now has a vast array of distilleries to experience.

The Ole Smoky company was the first federally licensed distillery in East Tennessee and its family recipe dates back to the 1800’s. Its original location, The Holler, in Gatlinburg is America’s most visited distillery, and produces many of the flavoured varieties of moonshine. From Apple Pie, to Butter Pecan, Ole Smoky produce fifteen different flavours of moonshine for retail – their tasting rooms offer the chance to sample them all. They now have other distilleries located in Pigeon Forge and Nashville too.

Also in Pigeon Forge is Old Forge Distillery, which produces their moonshine using premium Tennessee corn and spring water from the Smoky Mountains. Sugarlands Distillery can be found in Gatlinburg, where they have turned a classic American staple, peanut butter and jelly, into a flavour of moonshine. Meanwhile, the Doc Collier Distillery traces its history back 120 years, when the real William “Doc” Collier was moonshining in the Smokies.

It will come as little surprise that the Mountain State, and the only state located in the entirety of the Appalachian mountain range, was a popular place for original moonshiners to distill their liquor. With borders to Kentucky, Ohio, Pennsylvania and North Carolina, it became a gateway for the transportation of moonshine during the 1920’s. Now, West Virginia boasts small craft distilleries that produce high quality moonshine for legal consumption.

The aptly named Appalachian Distillery is located in Ripley, and produced 11 different varieties of moonshine, including coffee. Their mashing process extracts all the natural sugars and flavours from the West Virginian corn, creating a real sour mash moonshine. The moonshine is fermented, distilled and bottled all at the distillery, where visitors can try their favourite flavours.

The Hatfield & McCoy Distillery, in Gilbert, is steeped in over 150 years of history, with the moonshine recipe being handed down from the patriarch of the Hatfield family, Devil Anse Hatfield, himself. They produce small batches of the 90% proof moonshine, with corn local to the southern mountain region of the state. You can also find moonshine in the state capital of Charleston, with the Mountain State Distillery producing White Lightning moonshine from locally sourced corn, sugar, barley and yeast. The moonshine is made from scratch in the distillery for a true, authentic taste.

There is a map detailing a driving route through the different points of interest here. This trip would be suitable for all seasons but is particularly desirable in the spring and late summer/early fall for the best temperatures and spring/fall foliage in the areas.

For media enquiries and further information, please visit www.ttmworld.co.uk, or contact the following: